Let's approach amplitude modulation (AM) from a mathematical standpoint.

Note that our design requires ωc to be substantially greater than ωs.
Also note that real sound is a combination (superposition) of different overtones with different amplitudes and different angular frequencies and phases, like
P(t) = As1·cos(ωs1·(t+φs1)) +
+ As2·cos(ωs2·(t+φs2)) +
+ As3·cos(ωs3·(t+φs3)) + ...

Amplitude modulation alters the amplitude of the carrier's oscillations by changing it in synch with sound oscillations.
The simplest way to achieve it mathematically is to incorporate the sound waves into an amplitude of carrier's waves:
Im(t) = [Ac+P(t)]·cos(ωc·t)

Here is an example of this type of modulation of a carrier's signal.

Assume, the carrier's high frequency oscillations have an amplitude Ac=4 and angular frequency ωc=20, which can be described by an equation
I(t) = 4·cos(20t) 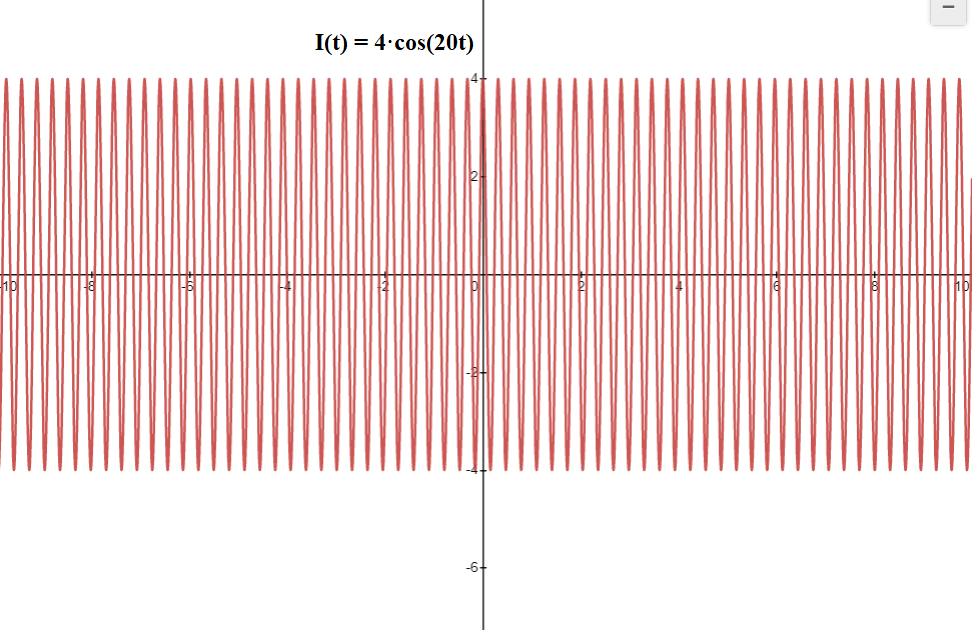 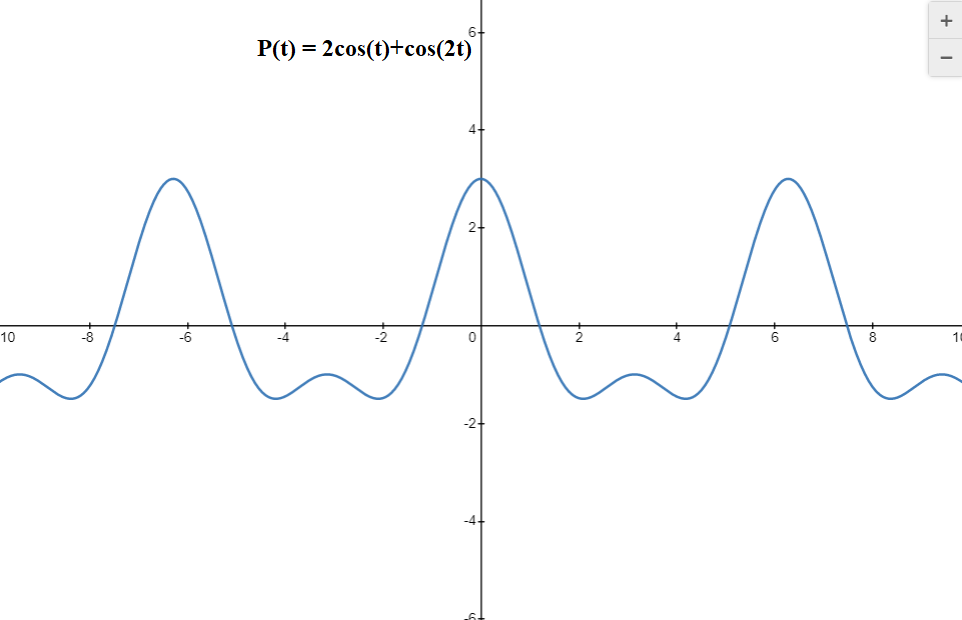 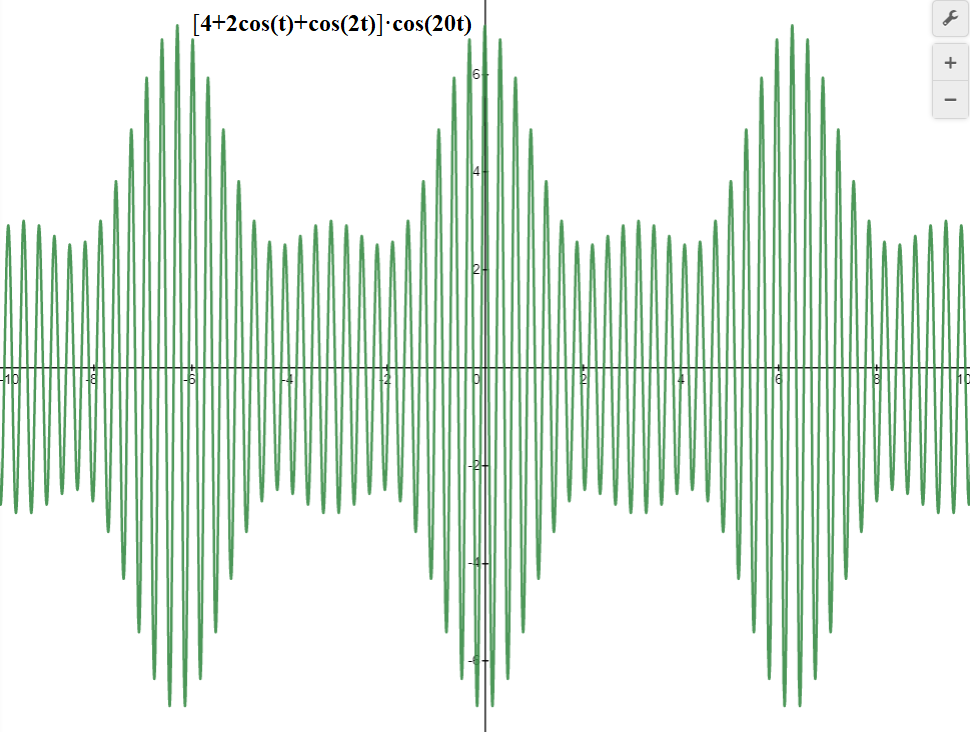 Just as a demonstration of the importance of having a high carrier frequency of a signal to properly represent a sound, here is what the transmitted signal would look like if the LC circuit of a carrier has a frequency comparable to a frequency of sound.

Assume, the carrier's oscillations have an amplitude Ac=4 and angular frequency ωc=3, which can be described by an equation
I(t) = 4·cos(3t)
The sound waves are assumed to be as above
P(t) = 2·cos(t) + cos(2t)
Then the modulated signal can be described by an equation
Im(t) =
= [4+2·cos(t)+cos(2t)]·cos(3t)
The following graph represents both the sound wave (purple) and modulated signal (blue): As you see, the representation of sound waves by a modulated signal is far from exact. This lower frequency of amplitude modulation cannot be used for transmitting sound.
Posted by Unizor at 7:31 AM